Is it worth using a rinse for the engine? - preparations for the regeneration of the engine, gearbox and other mechanisms
+48 22 498 09 08 info@ceramizer.pl
Log in

Apply in the workshop

Is it worth using a rinse for the engine?

Engine oil is the most important operating fluid in a car. Its main task is to provide lubrication to the frictional elements of the engine, which are constantly working relative to each other. It also protects the unit from overheating and disperses contaminants accumulating in the engine, thanks to which it is cleaned. Unfortunately, over time, the oil begins to lose its properties, which is why it is so important to observe the deadlines for its replacement. Prolonged delay leads to the formation of carbon deposits, which are deposited in the engine. Deposits may also appear when driving on a low oil condition or non-compliance with the manufacturer’s recommendations as to its parameters. Rinses that effectively remove accumulated impurities can be helpful in cleaning the engine.

Is oil always to blame?
Browsing the Internet forums, you can come across the statements “carbon deposits in the engine are the fault of the oil”. Some also believe that sediments are a natural phenomenon, and there is really nothing to worry about. In fact, the situation is slightly different and in many cases drivers are responsible for pollution. In recent years, “Long Life” oils have become fashionable, where it is expected to change the oil even every 30,000. Miles. A large part of drivers follow these recommendations, because not only is it a convenience, but also savings. Unfortunately, such a frequency of servicing, if it has any right to exist at all, it may be in the case of constant driving on highways. It is worth remembering that the time after which the oil will have to be swept away largely depends on our driving style and the sections covered. If they are short, when we turn the engine on and off every now and then, the oil wears out much faster. As a consequence, we can expect a thick goo in the vicinity of the head or oil sump. Another thing is driving on LPG. In this case, this fuel contains much more sulfur, which also adversely affects the oil. “Long Life” also leaves much to be desired here. 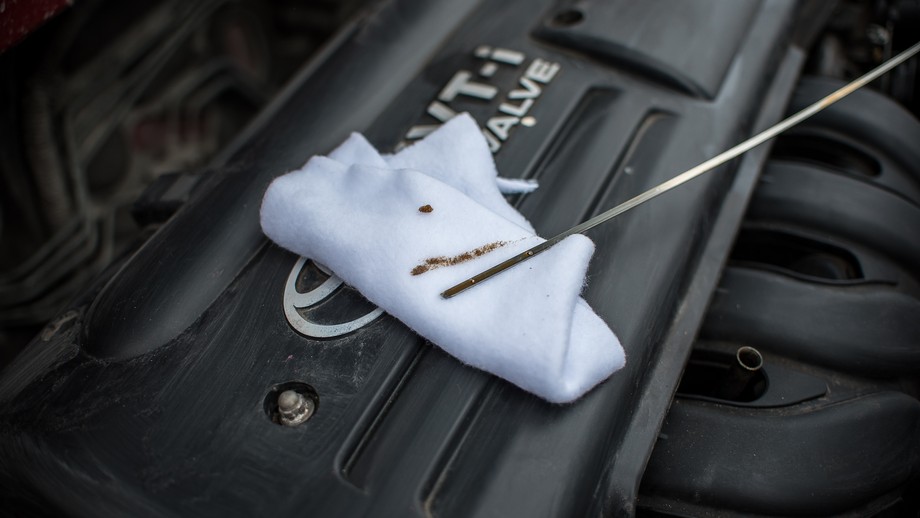 If we talk about newer engines, there is nothing to fear. Rinses will not harm the power unit in any way, and in many cases will improve its work, e.g. by increasing compression or eliminating smoke from the exhaust pipe. So why the fears? It is mainly about the owners of older, quite worn out vehicles, which are already heavily contaminated. Especially if the engine ran on mineral oils that left much more dirt than their synthetic counterparts. In such cases, the rinse can cause the detachment of large pieces of sediment that will not be removed with the old oil and will work with the new one. There may then be a m.in. to clog the oil filter. In such engines, we recommend that you do a little differently and use the help of a rinse two or even three times in a row during one service. However, this involves the need to change the oil to a new one two or three times. We use rinses by pouring the agent into the old oil and leaving such a mixture on the engine running, usually for 10-30 minutes. After this time, we pour the old oil and replace it with a new one, also remembering about the filter

Is it worth using a rinse?

In the motorizing community, there have long been conflicting opinions about how to rinse the oil system. Some say that it is enough to change the oil and oil filter in a timely manner. Others suggest the use of rinsing agents with strong detergents to quickly (up to 10 minutes) before changing the oil perform the process of cleaning from carbon deposits, lacquers and sludge of the engine. Still others regularly use soft rinses for engine oiling systems that operate slowly (up to 500 km) during vehicle operation.

In every car service there is a service of cleaning from carbon deposits, from lakes and sludge of the engine and is often a legitimate service. Therefore, before using a flush engine, it is worth consulting this “treatment” with your mechanic.

During operation, part of the oil penetrates into the combustion chamber and there the soot under the influence of pressure and temperature forms carbon deposits, which settles on the walls of the cylinders. In addition, during engine operation, typical oil consumption products and tailpipes in the engine are formed, which are natural consequences of engine use.

Each oil basically contains detergent components that should deal with the consequences of engine contamination during operation. However, as our experience shows, it is rare that the engine does not get dirty, especially if the car is not new. Therefore, conscientious oil and filter changes are often not enough – that’s why it is worth using rinses: before (engine flush soft) or during oil change (engine flush power). When it comes to these rinses, their main difference lies in the concentration of rinsing active substances. During flushing, the concentration of engine flush power is higher, and therefore it is effective and faster (up to 10 min) in combating carbon deposits, lacquer, sludge and other deposits – compared to the slow (at 500 km) but equally effective engine flush soft.

It is worth using rinses regularly for preventive purposes, e.g. every second oil change or to solve specific problems:

Excessive vibration and noise in the engine.

Poprzedni post:
How to eliminate grinding when changing gears?
Następny post:
What is worth knowing about engine renovation before it is made?